All Saints Chapel’s unparalleled story is woven into each exquisite detail originally designed by Reverend Johannes Adam Simon Oertel.
‍
Erected in 1875 for the Church of the Good Shepherd, the Chapel’s divine journey commenced on Hillsborough Street in Downtown Raleigh. As the congregation flourished, they desired a more expansive sanctuary which led to the chapel’s first move to Morgan Street in the early 1900s.

The Chapel became a haven for community members. However, as the member base continued to blossom, they considered the heart-wrenching decision to demolish the church if it was not purchased before demolition day. Raleigh redeveloper Greg Hatem caught wind of the possible tragedy, and in the 11th hour, intervened to save the Chapel.

On June 18, 2006, the 70-foot-long, 40-foot-wide, 235,000-pound structure began its second journey half a mile east to the edge of historic Oakwood. Hatem and his team held their breath in suspense, praying the historic structure would remain intact en-route...

Read more about the historic move

After the Chapel was safely settled in its new location on South East Street, the second task began: looking at dozens of old photos of the Chapel to ensure the team could restore it to its original glory, from ornate lighting fixtures to intricate wood trim.

Nearly $1.5 million and countless man hours later, the Chapel has been restored to reflect the work of its original designer, Reverend Johannes Adam Simon Oertel, and the sanctuary looks like it did upon opening for its first service on Easter Sunday in 1875.

With its wooden aisles leading to a gothic cross configuration, highlighted by five clerestory windows on either side of the five-bay nave, cathedral-like ceilings, stained-glass window, and pointed arches, All Saints is an architectural treasure and one of the few left of its kind. 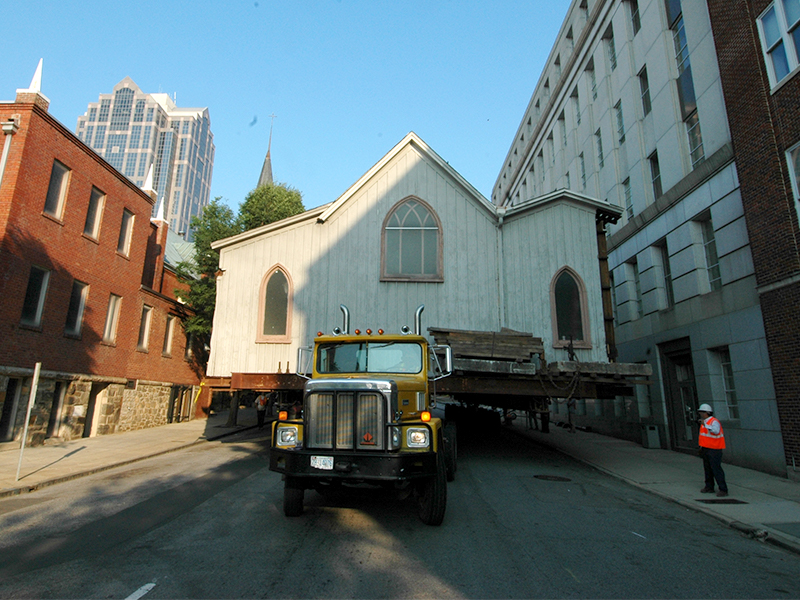 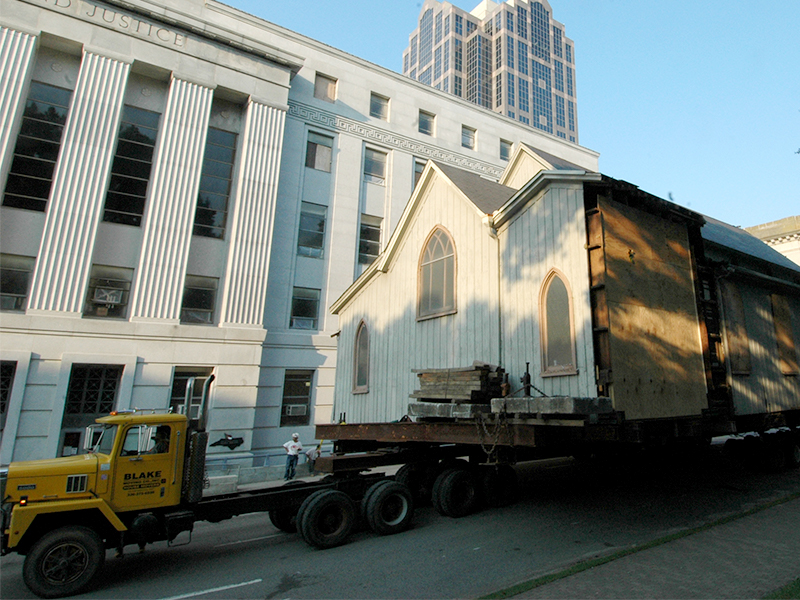 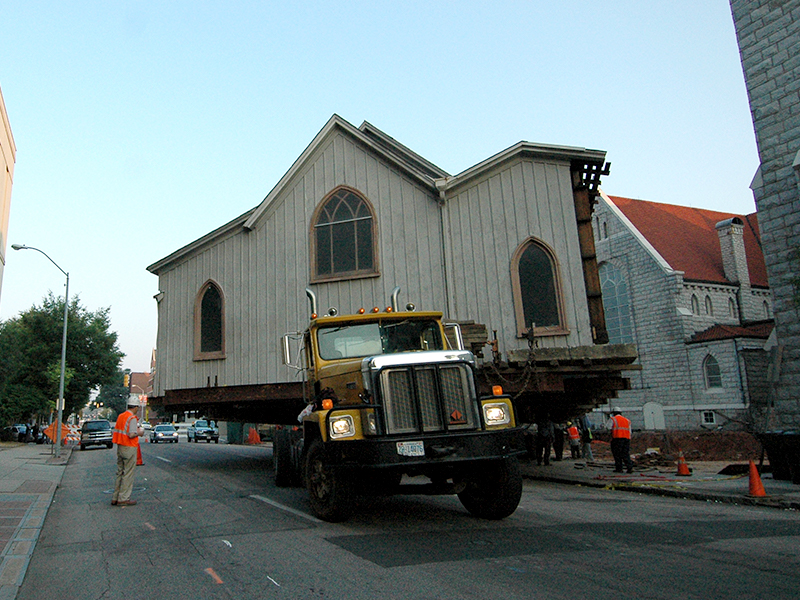